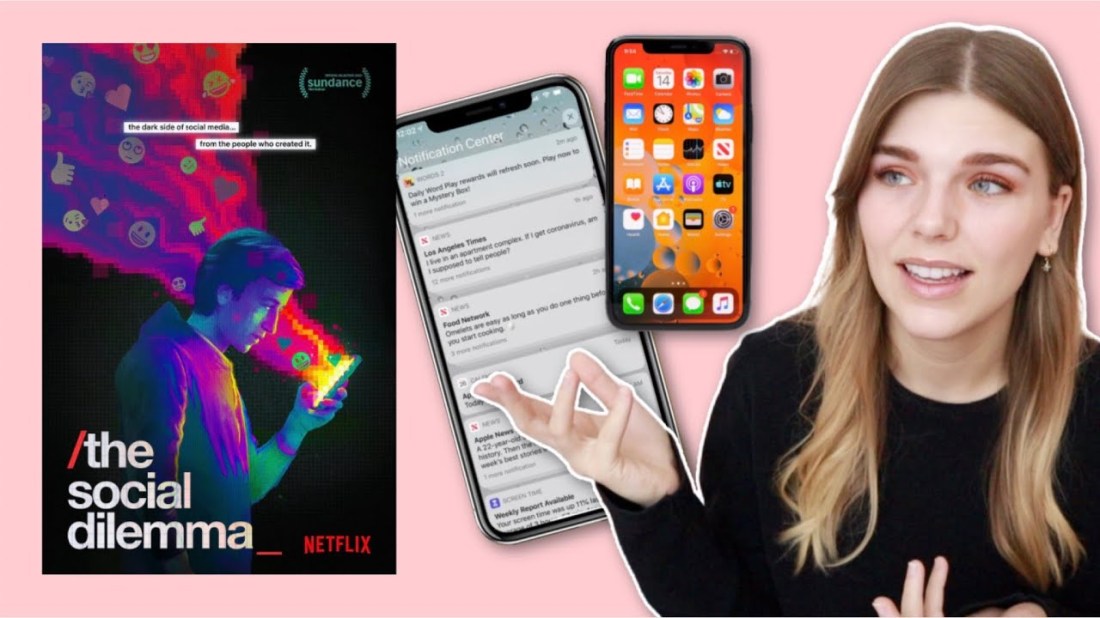 Let’s see if Tiffany Ferguson knows something about Open Source technology (and / or Open Space community norms), shall we?

I recently discovered this youtuber (tiffanyferg) because she created some interesting youtube videos (actually the videos I discovered were several years old already, talking about stuff she was learning about at the time, but which in some circles might be considered to be common knowledge for nearly a century — that said, I will admit that I myself, too, did not learn about these phenomena until quite an advanced age).

I tried to find out more about this young woman, but unfortunately she does not seem to have an online identity of her own. Now I’m wondering whether she has enough media literacy skills to be able to find out whether I mention her @ WordPress.com

You may recall that last year I wrote a rather vehement criticism of “The Social Dilemma“. Well, I just now discovered that Ms. Ferguson has in the meantime asked the question which I vehemently and decisively answered with “Hell, no!”

Could it be that Ms. Ferguson read my article before asking her question? I actually doubt it, because she seems to be a person who would be inclined to correctly attribute her sources. Yet again, should I trust (or distrust?) a person who tries to pay the rent via the duplicitous practice of online marketing? If you read the criticism of The Social Dilemma which I posted last year, you might note that I do indeed give people involved in online marketing a lot of credit and recognition… if they are at least a little bit authentic.

Authenticity means you have to be responsible — you have to respond to questions. The question I have here is rather simple: Does Tiffany Ferguson have a WordPress Account? Even if the answer is “no”, it might be interesting to consider whether she is even aware of anything said on WordPress (or not).

If she had an online identity of her own, I could contact her directly and ask her myself — but she doesn’t (apparently). Maybe if one of my readers is familiar with her and / or her work, they might be able to ask her instead?

Let me note that there is a great deal of irony to this — insofar as she has been heralded by some as a “change agent” with respect to “media literacy” (a term which she herself says she only first heard of a few years ago).

I am fascinated and interested — but i am not going to hold my breath. 😉

I want to encourage as many people as I can to contribute their genuine, authentic perspectives. I’ve designed the survey so that it (hopefully) isn’t too big of a time commitment for you. Think of it as a quick journaling exercise. But the value and inspiration you’ll provide will resonate with readers more than you might think.

I mainly suffer with the motivation. Some days I won’t brush my hair, get dressed, I’ll just sleep all day. I have to really give myself a pep talk to do the simplest of tasks. So I want to share that, if any of you can relate, you’re not alone. Let’s listen to each other.

that’s where I’m at today. Experiencing this nudge to express my confused, yet beautiful, inspired self to the world, to move past my fears, to live more fully, more honestly, more connected.